The management of plant health in Rapa Nui: great milestones 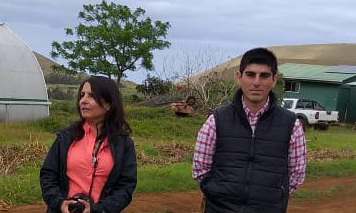 The activities undertaken within the framework of the project "Integrated Biointensive Pest Management with family fruit and vegetable producers from Rapa Nui" do not stop on the Island.

Two years ago we have established demonstration plots with leading farmers on the island, who have been accompanied by the INIA team and mainly the field professional, Ignacio Ahumada, who is permanently on the island. 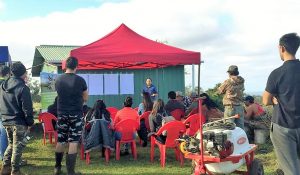 These leading farmers have become references for the residents of their sectors and this is creating a radius of action in such a way that knowledge begins to amplify.

Natalia Olivares Pacheco, project director affirms that, “pest management without the use of conventional pesticides is a national challenge. There is increasing awareness that the production of vegetables and fruit trees on the island requires maintaining a phytosanitary condition in accordance with the care of the environment, human health and uncontaminated soil / water resources ”.

This is a project that has the support of the Foundation for Agrarian Innovation (FIA) and the Institute for Agricultural Development (INDAP) and its purpose is to reduce the applications of agrochemicals to vegetables and fruit trees in Rapa Nui. 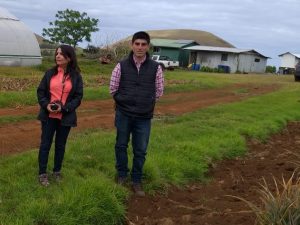 Here INIA La Cruz has a technical team that is in charge of complying with each of the stages contemplated in the project and with different units or demonstration farms in the fields of the vegetable producers themselves. The work team of this initiative is also made up of Aart Osman, Alejandro Morán and Ignacio Ahumada.

This project works with the cultivation of sweet potatoes, bananas and pineapple, mainly of the Easter variety since it is one of the most demanded fruit species in the island market, due to its color, sweetness, flavor and aroma.

For the island's producers, the consumption of plantain and sweet potato constitute an important source of food, so the interest in keeping pests at bay has allowed progress in control measures.

Here we recall the most important milestones of this project: 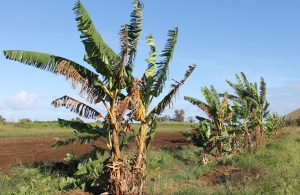 Milestone 1 - Lliberation of a beneficial insect equivalent to more than 2 thousand chinitas of the species Cryptolaemus montrouzieri to reduce the damage that white pigs generate on pineapple crops.

This was an extremely relevant milestone in the use of biological pest control in Rapa Nui as it was the first release of this natural enemy. Previously, biological control of the house fly had been carried out, a program that spread to other horticultural pests for more than 10 years in the 1980s.

The Chinese little girl Cryptolaemus montrouzieri It is a predator that acts on some species of white pigs and it is expected to reduce the populations of the pest and achieve a balance between both species.

Natalia Olivares, director of this project announced that “an evaluation of the depredation effect of C. montrouzieri on white pigs present in pineapple cultivation is being carried out in different farmers in the insular area. Clearly, this work is a relevant contribution to Rapa Nui, since the more environmentally friendly strategies are used, the more efficient and sustainable the pest management is ”. 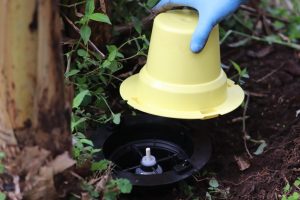 Milestone 2 - First application of pheromone-based traps, which are chemicals that the insects themselves produce to communicate specifically with each other. These types of substances are used to attract the adult individuals of the banana weevil to a trap and reduce the populations in the field through mass captures mediated by pheromone as a pest management practice.

15 traps were installed, which were distributed in areas where there is plantain cultivation, both on farmers' farms and in the patios of the houses where the islanders live. On a weekly basis, the adults of the banana weevil are monitored and the record of captures is kept in each trap.

The biggest problem that the Black Weevil generates is due to the direct damage that the larvae do when feeding on the corm, causing the destruction of the tissue. This brings with it rotting and a weakening of the plant which finally dies without even being able to produce fruit. 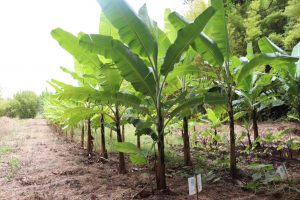 Milestone 3 - Obtaining sweet potato free from Sweet Potato Weevil. When the project started, it was diagnosed that sweetpotato farmers lost more than 50% from the fruits at harvest, due to the presence of a pest belonging to the Curculionidae family. Euscepes postfasciatus, An insect that develops its life cycle mainly inside the plant (tuberous roots and guides), leading to death or deteriorating the quality of sweet potatoes due to their presence inside them.

Thanks to this management, farmers currently recognize the pest and have managed to manage it with our indications “they must start planting with apical guides inspecting their tissue, previously preparing the soil, hilling the plants in order to protect the sweet potato and maintain frequent monitoring ”.

The technical teams of the Rapa Nui territory have been key partners to spread this knowledge with numerous technical activities, with more than 30 trained producers, who have attended workshops, talks, technical visits.

The Field Days have had an attendance that has exceeded 30 attendees in each activity, a significant number for a small island. Natalia Olivares affirms, “our commitment as an INIA team is to promote and disseminate the research results obtained through this Territorial Technology Transfer Program and to obtain feedback with the observations and demands of the technical teams and referent producers, in a way to be able to better adjust the pest control strategy and the learning processes of the producers since the reality of the island is very different from any other agro-ecological zone in the country. Therefore, for us it has also been a learning experience to know their culture, their habits and their way of working the land ”.

If you want to review the technical sheets associated with this project, download them here: