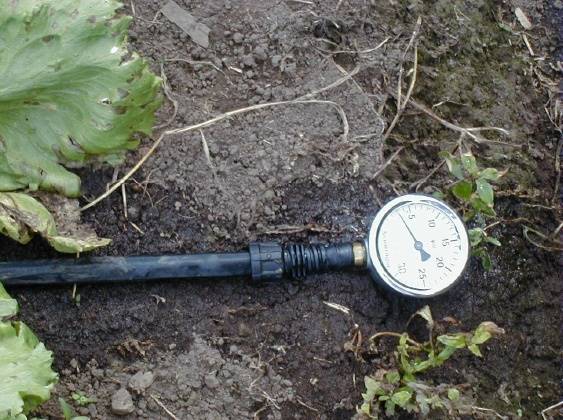 The initiative will be developed in five provinces of the Valparaíso region: San Felipe, Petorca, Valparaíso, Quillota and San Antonio. It is expected to train 150 producers and 180 students and / or teachers. 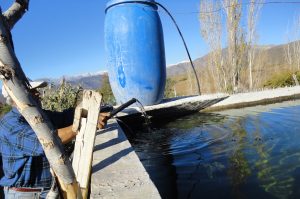 In the current water context of the Valparaíso region, where there is a severe water shortage, exacerbated by the prolonged period of reduced rainfall, the Foundation for Agrarian Innovation (FIA), of the Ministry of Agriculture, is promoting the innovation program in the efficient use of water resources for Peasant Family Agriculture (AFC), specifically in the provinces of San Felipe, Petorca, Valparaíso, Quillota and San Antonio. 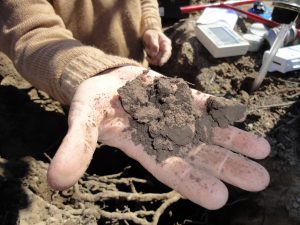 In this scenario, although large investments have been made in technifying the irrigation systems of the orchards, it is also necessary to incorporate a learning process both in the producers and in other actors to optimize the implementation of technological solutions that allow to make the irrigation more efficient. use of water, especially in the Farmer Family Farming (AFC) segment, who do not have a sufficient level of technology and infrastructure to face this challenge.

This project is executed by the La Cruz Agricultural Research Institute (INIA) which has a duration of 24 months. The objective is to promote the implementation of technological solutions at the intra-property level to achieve efficient use of water resources and the incorporation of technological advances in irrigation aimed at energy efficiency, in order to improve the competitiveness of its production units. An innovation project in technology transfer of similar characteristics is currently being developed in the communes of Melipilla and María Pinto in the Metropolitan region, executed by INIA La Platina. 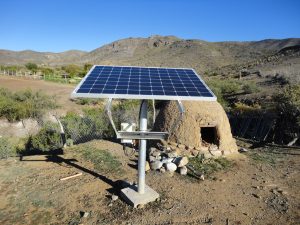 As explained by the FIA representative in Valparaíso, Carolina Fuentes Besoaín, the people benefited in each sub-territory correspond to 150 producers and 180 students / teachers. “Through this initiative designed by FIA, it seeks to increase the social and economic profitability of families in the region. People will be trained in the installation, operation, management and maintenance of modernized irrigation systems through the learning by doing methodology. So we believe that it will be easier to adopt technology on efficiency in the use of water in their productive activities, ”said Fuentes. 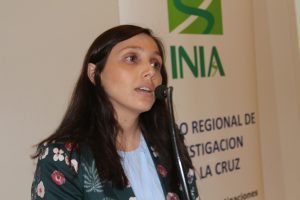 Carolina Fuentes Besoaín, spokeswoman for the Foundation for Agrarian Innovation (FIA) in the Valparaíso region.

In addition, Fuentes explained that the work methodology includes carrying out four workshops and / or trainings per work group that will be developed in the demonstration units implemented in agricultural high schools in the Region. These units will correspond to productive plots with irrigation systems designed according to the real needs of the system and according to the gaps in the baseline identified in each of the six sectors.

At this stage, it is planned to have technical support from the National Irrigation Commission (CNR) in some milestones of the project, providing collaboration in the process of installation, operation and maintenance of the demonstration pilot units.

The agronomist Dr. Carlos Zúñiga said that with this project we seek to generate, within the AFC, technical and management capacities that allow it to obtain maximum productivity in the use of available and available water resources, through the transfer efficient and rational irrigation technologies. The development of the project also implies “making known the types of technological innovation that exist around the efficient use of water resources (collection, conduction, storage, distribution and reuse of water), in other sectors of Chile and that have the feasibility of being implemented in the productive localities ”.

“Through this program we hope to increase the efficiency in the use of water in agricultural production systems in two aspects: making improvements in irrigation systems both in their design, use and maintenance and strengthening knowledge on the real demands of crops , and the requirements according to their edaphoclimatic conditions ”, pointed out Fuentes.

The Instituto de Investigaciones Agropecuarias (INIA) is the main agricultural research institution in Chile, dependent on the Ministry of Agriculture, with a national presence from Arica to Magallanes, through its 10 Regional Centers, as well as technical offices and experimental centers in each one of the regions of the country.