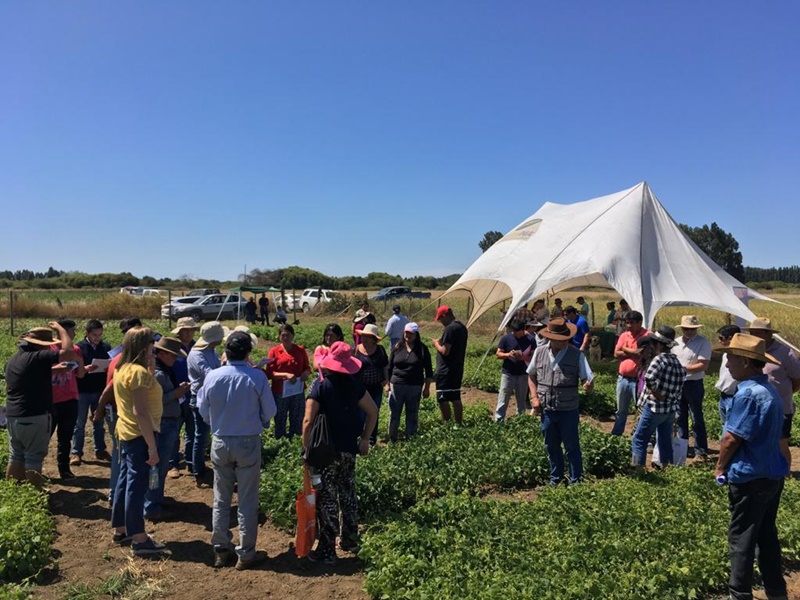 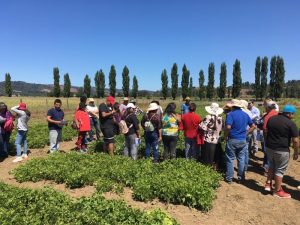 With a field day in the Taife sector, Carahue commune, the progress of the project “Improvement and rescue of the valuable genetic resource of the bean“ Manteca ((Phaseolus vulgaris L.), an initiative promoted by the Foundation for Agrarian Innovation (FIA) and executed in La Araucanía by INIA Carillanca. The project, which began in August 2016 and ends in July 2020, has been in charge of the legume breeder Dr. Mario Mera, aimed at obtaining a genetic line of the “Manteca” type that can be postulated for a new variety. “The Manteca bean is a Creole variety that has been in the hands of farmers since before genetic improvement programs existed. It is grown in the valleys of Taife and Lolocura, in Carahue. It is valued for its agronomic and culinary characteristics, but lately its productivity has declined, probably due to the presence of viruses that affect beans, causing symptoms known as mosaics. On this day it is our responsibility to report on the project and its objectives, as well as to present the lines under evaluation in this fourth and last year of execution ”, said Mera.

It should be noted that there are 14 genetic lines under evaluation and they have been selected for their good performance. Thirteen lines come from individual plant selections within the same Manteca de Taife bean crops and one is a line from INIA Quilamapu of the Manteca type. The Creole variety Manteca has been maintained by farmers for years, given its good results, compared to other varieties, and for its good culinary quality. Creole varieties are characterized by having a similar grain but they are not uniform and contain plants with different productive and quality characteristics. Therefore, the idea is to obtain an improved variety, starting from one of the 14 lines, that is uniform, of good yield and good quality. Similar work has been done previously with other creole bean varieties, of the types preferred by Chilean consumers, such as "Tortola" for example. 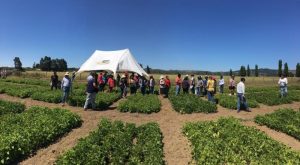 In this regard, the representative of the Fundación para la Innovación Agraria (FIA) in La Araucanía, José Ruth, pointed out that the butter bean “represents an important tradition in the gastronomic culture of Chile, so it seems important to us to look for a variety that allows save the Creole product from the current virus that affects it. From FIA, we have had constant monitoring of the project, so we value the joint work of public services so that a result is achieved that will benefit a large percentage of small and medium farmers ”.

Stages and results
The first two years of the project confirmed that five viruses are present in the Manteca beans grown in Taife: common bean mosaic, necrotic common bean mosaic, yellow bean mosaic, cucumber mosaic and alfalfa mosaic. The predominant and most dangerous are the first two that are transmitted by seed and by aphids. At the end of the second season, 60 seed samples that represent the genetic variability of this Creole variety were kept in the INIA Carillanca Germplasm Bank, where they will be preserved for eventual future needs.

The first season, 500 individual plant progenies were evaluated in Tranapuente (coast of the Carahue commune). The second season the best 60 progeny were evaluated. Among these, 14 lines were selected for productivity and absence of mosaics, and evaluated in performance trials in the third season of the project, 2018-19. As a witness, the variety Zorzal-INIA, type turtle dove, acted.

About INIA
The Instituto de Investigaciones Agropecuarias (INIA) is the main agricultural research institution in Chile, dependent on the Ministry of Agriculture, with a national presence from Arica to Magallanes, through its 10 Regional Centers, as well as technical offices and experimental centers in each one of the regions of the country.