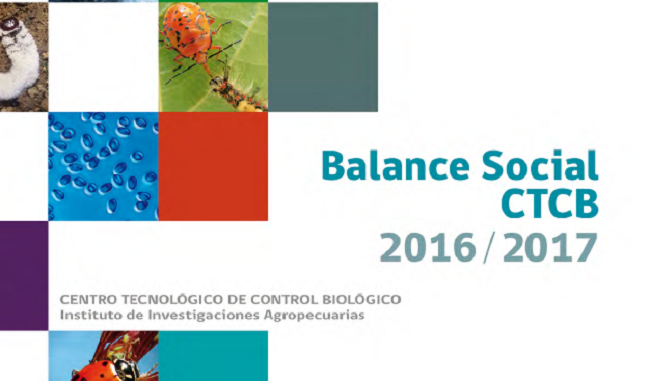 The so-called Social Balance, Methodological tool that allows evaluating the impact that its existence and activity generate on society, was carried out in the premises of INIA Quilamapu, in Chillán, and was based on the work developed during 2016 and 2017 by researchers linked to the Technological Control Center Biological of said place.

A methodological tool that allows evaluating the impact that its existence and activity generate on society was recently published by the Institute of Agricultural Research (INIA), through its regional center Quilamapu, located in Chillán, a report that centralized its analysis in the Research work carried out by the Technological Center for Biological Control (CTCB) of said agency in the Ñuble region.

Known as Social Balance, the document developed contains relevant aspects of the existence of the CTCB, among which are its objective, activities, human capital, infrastructure, contribution to society, benefits generated with the resources invested and its economic impacts and socio-environmental. It should be noted that the realization of this pilot experience arose as a result of collaborative actions with the Cooperative Program for the Agrifood and Agroindustrial Technological Development of the Southern Cone (Procisur).

In this regard, Pedro Bustos, National Director of INIA, highlighted that “this methodological tool is of recent application in the field of research and development in Chile, unlike what happens in Brazil, Colombia and in Europe, where it has innovated in its form of internal and external evaluation ”. In turn, Jorge González Urbina, researcher and agronomist at INIA Quilamapu, and general author-editor of this initiative, added that the Social Balance has great strategic importance since it allows showing “the contribution to society, to the development of an agricultural more sustainable and to the progress of people, that is, the justification of its existence and its function ”.

Regarding the content, González, Master of Science in agrarian economics and MBA in strategic marketing, indicated that the Social Balance, of 36 pages, contains information generated by the researchers of biological control and other areas of INIA during the years 2016 and 2017, highlighting Relevant results were obtained in the accounting aggregates, social income, human capital, infrastructure, economic impact, environmental and social impact of technologies, among others. "For the period studied, the impact or social income figures were 10 thousand 726 million pesos, generated by technologies of entomopathogenic fungi in berries, linkage with 56 strategic alliances, 135 relevant social actions, and a return to society of 2 , 63 pesos, for each peso invested in personnel, and a profitability of 150% on the total income of the CTCB ", highlighted the INIA researcher. 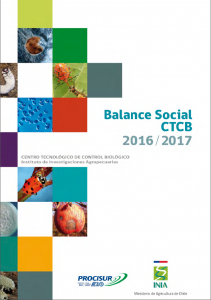 Along the same lines, Cecilia Gianoni, Executive Secretary of Procisur, explained that “the Social Balance methodology, developed by Embrapa, is a strategic tool to show the impact of the adoption of technologies generated by the institutes in society. Convinced that this is the path we must travel, the Procisur promoted training by Embrapa specialists to managers of the INIAs of Argentina, Chile, Paraguay and Uruguay in this methodology ”.

Finally, the Regional Director of INIA Quilamapu, Rodrigo Avilés, highlighted the result achieved and appreciated the contribution of the Technological Center for Biological Control, which "has developed technological solutions for our agriculture, such as natural enemies for the control of pests and diseases." He also argued that “the CTCB is a relevant work unit of INIA that has made an important contribution to the development of projects, technological products, training, collaboration networks, scientific and informative works, as a result of public and private investment in research and development".