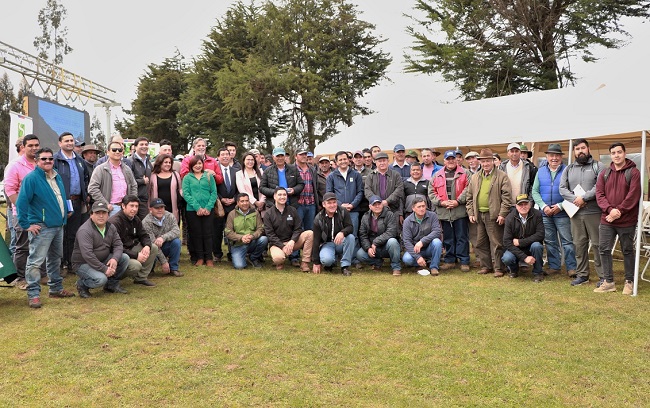 Ceremony was held in Cañete and was led by the National Director of INIA. Recognition of farmers is achieved within the framework of the project "Increase in the productivity of the cultivation of papa ”that INIA Quilamapu executes, with the support of the Biobío Regional Government and the lagged areas program. 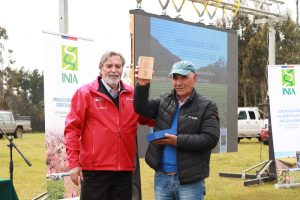 The seven paper producers in the Arauco province who were recognized by the SAG as producers of certified potato seeds during the 2018-2019 season will multiply their income by up to four times.

The producers agreed to the recognition of certified seed producers after acquiring phytosanitary technical knowledge, which was later applied on their own farms. 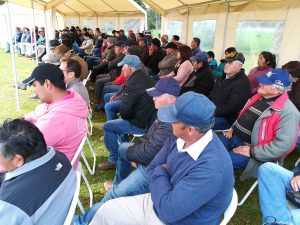 Paper producers of the province of Arauco.

The ceremony of recognition and delivery of galvanos was presided over by the National Director of INIA, Pedro Bustos, and also counted on the presence of the Biobío agricultural seremi, Francisco Lagos, the mayor of Cañete, Jorge Radonich, the deputy Iván Norambuena and the Regional Director of INIA Quilamapu, Rodrigo Avilés.

During the activity, the National Director of INIA highlighted the importance of obtaining SAG certification, since it is about “productive development”. Bustos explained that the producer will no longer produce the traditional potato for consumption, but certified potato seed, which gives it added value and guarantees that its buyers will have a product with high potential, free of viruses and diseases.

Meanwhile, the mayor of Cañete, Jorge Radonich, said that having certified potatoes significantly improves what is going to be produced in the province and of course the price for the benefit of farmers. "It is a satisfactory experience that allows improving quality and production and that enables producers to produce at a very good level."

In the same sense, the Biobío agriculture seremi, Francisco Lagos, highlighted that the execution of the INIA project "increasing the productivity of potato cultivation" benefits peasant family farming and represents a new source of income for qualified producers to produce and sell certified seed potato. He added that this is a great achievement for the province of Arauco and that it helps to improve the quality of life of producers.

One of the producers recognized for obtaining certification together with the INIA Cañete potato GTT was Fredy Muñoz, who pointed out the importance of producing certified potato seed since "one obtains a greater economic benefit with less physical effort". He explained that irrigating the 10 hectares that he normally used to produce potato for consumption turns out to be very sacrificing. "It is much easier to work with 1 or 2 hectares of certified seed and obtain more profitability." Along with this, the producer also highlighted the human support of the advisory team since "they are constantly telling us you can, you can".

The galvanos delivery ceremony also included a summary of the project management that gave rise to the recognition of the producers, in its first season of execution, which had as an exhibitor the INIA official Alfonso Valenzuela.

The Instituto de Investigaciones Agropecuarias (INIA) is the main agricultural research institution in Chile, linked to the Ministry of Agriculture, with a national presence from Arica to Magallanes, through its 10 Regional Centers, as well as technical offices and experimental centers in each one of the regions of the country.