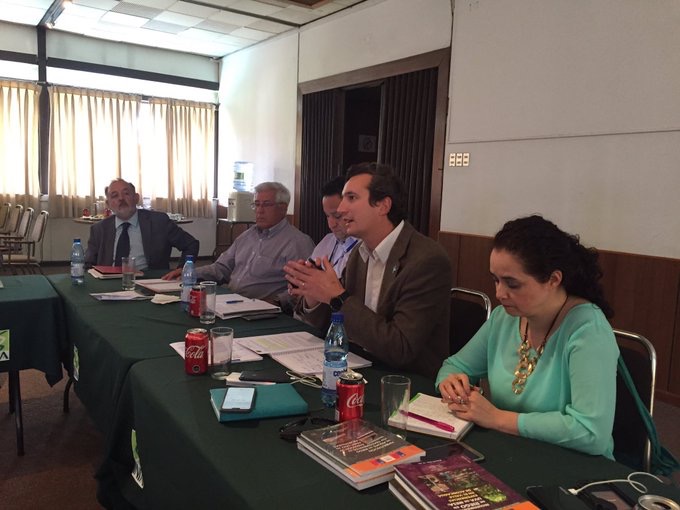 Santiago, October 2019.- After holding the second session of the Board of Directors (CD) of the Agricultural Research Institute (INIA), in the Metropolitan region, the Seremi of Agriculture, José Pedro Guilisasti, who leads this public-private instance, valued the wide range of projects that the INIA La Platina Regional Research Center is being developed, especially those related to innovation in irrigation systems, pest control, replacement of agricultural burns and adding value to goat milk, among others. 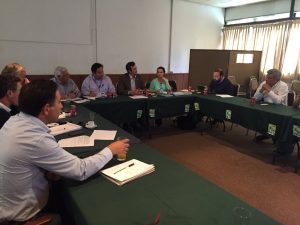 “We are working in a coordinated manner between the public and private sectors to face a complex scenario as a consequence of weather conditions. Our goal is to always support small farmers, who see in this activity not only an economic income, but a way of life; and this multisectoral working group seeks that, to delineate lines of work, with a view to the investigation having an impact on citizens ”, said the regional authority.

Meanwhile, for the director of INIA La Platina, Emilio Ruz, the CD allows for positive feedback between the public and private sectors, which helps strengthen agricultural activity in the Metropolitan region. "Our researchers are focused on climate change, sustainability, healthy food, emerging technologies and technology transfer that play a fundamental role in bringing science closer to the community," he emphasized. 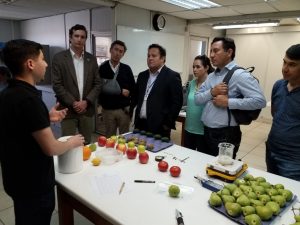 The meeting was attended by representatives of the Federation of Fruit Producers (Fedefruta) and the Association of Fruit Exporters (Asoex), groups of farmers and producers of various fields, as well as the director of the Foundation for Agrarian Innovation (FIA) , Álvaro Eyzaguirre; and the regional directors of Indap, Onofre Sotomayor, and SAG, Marcelo Giagnoni. Then the attendees got to know the INIA La Platina Postharvest Unit, led by researcher Bruno Defilippi, where new technologies are developed to maintain the quality of fruit and vegetables until they reach the consumer, both in the domestic and foreign markets. To achieve this, the physiology of the plant and fruit is analyzed, their behavior at low temperatures and the response to the use of complementary technologies are examined..

They also discussed the importance of generating new advances that allow fruits and vegetables to retain their freshness, and arrive in perfect condition, to increasingly distant destinations. It should be noted that 80% of national agricultural production is exported to other countries around the world. 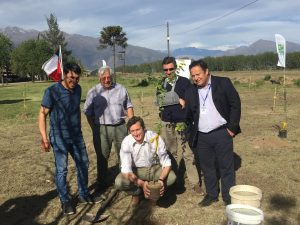 Also, those attending the CD were invited to plant native trees, within the framework of the internal campaign "One worker, one tree for Chile", which INIA is promoting at the national level in all its regional centers, prior to the climate summit, COP25. The objective is to plant a thousand specimens of native species, 200 of them, in the commune of La Pintana, where the INIA La Platina is located.

INIA, the main agricultural research institution in Chile, linked to the Ministry of Agriculture, has 10 Regional Centers, and technical offices and experimental centers in all  the regions of the country. Its mission is to generate and transfer knowledge and strategic technologies on a global scale, to produce innovation and improve the competitiveness of the agri-food sector. www.inia.cl