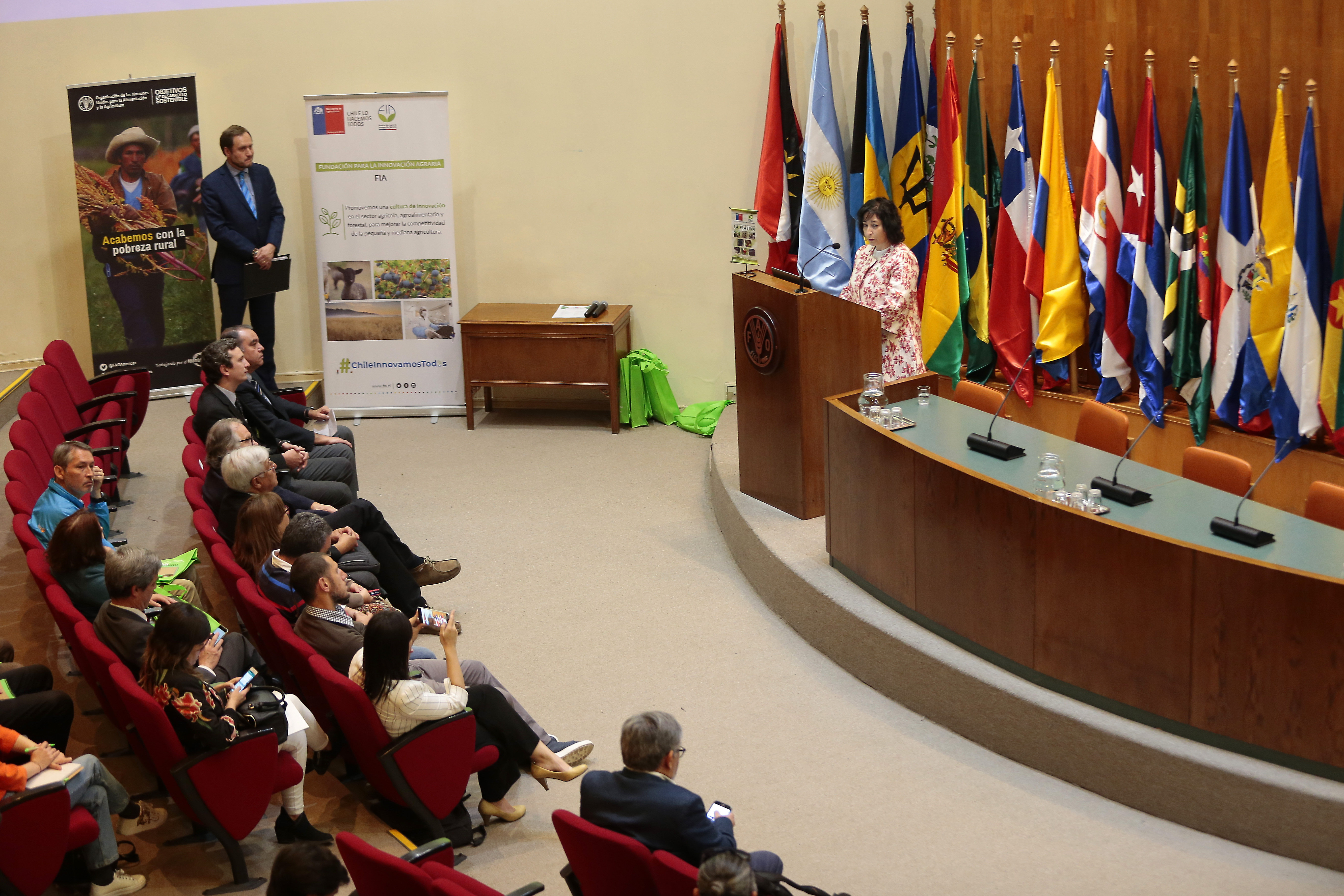 The international seminar held in FAO offices had the official seal of COP25 and is part of the actions that the Ministry of Agriculture, through INIA, is developing throughout the country prior to the next climate change summit that will take place. will take place in Chile. 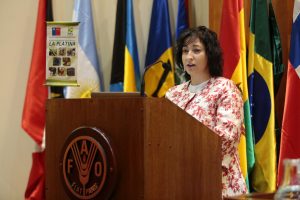 Santiago, October 2019.-  "The increase in the sugar levels of the fruit, as a consequence of the sustained rise in temperature, could generate wines with more alcoholic degrees and less color, and could cause short-term effects on the competitiveness of the industry.", Explained the Deputy Director of R&D of the Institute of Agricultural Research (INIA) and specialist in Climate Change, Marta Alfaro, who together with the Deputy Director of the Foundation for Agrarian Innovation (FIA), Rodolfo Campos, began the international seminar on climate change and viticulture , in which the challenges and strategies for the sustainability of this important national industry were addressed.

The working day developed in FAO dependencies, had the seal of COP25 and is part of the actions that the Ministry of Agriculture, through INIA, is developing throughout the country prior to the next climate change summit that it will take place in Chile. 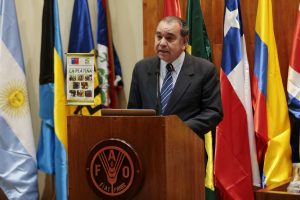 In this regard, the deputy director of FIA, Rodolfo Campos, pointed out that in this scenario of greater occurrence and intensity of extreme weather events, “the national viticulture has begun to expand its cultivation frontiers and we can already see some vineyards that have been displaced towards the south of the country, with interesting results. But it is also extremely important to analyze the winemaking practices associated with the territory, so we must continue to monitor the effects of climate change on national varieties. But this new scenario also presents an opportunity to innovate in the use of technologies and alternatives for Chilean winemakers ”.

It should be noted that FIA has paid special attention to lagging (or opportunity) areas and small farmers, with their traditional and heritage strains. Currently the Foundation supports 13 initiatives for wine development for an approximate amount of $1.300 million.

“The effects of climate change are already being seen in agriculture and as a way to anticipate them, a group of INIA scientists, deployed in various regions of the country, began to search for, determine and solve the main effects of change climate in viticulture and also in other areas of national relevance ”, indicated INIA's climate change specialist, Marta Alfaro. 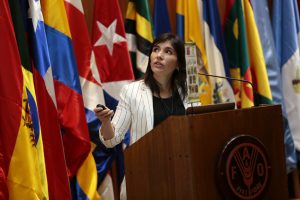 In this sense, the coordinator of the INIA Group of Viticulture and Climate Change, Carolina Salazar, added that the seminar not only wanted to publicize the effects of climate change, but also provide information on how to face these challenges in the wine industry.

“What we are doing in our projects is looking for ways to adapt viticulture to new climatic conditions, in addition to being able to publicize and raise awareness about the effects of climate change on these fruit trees. Therefore, to face this possible loss of wine quality, the INIA researchers set out to find agronomic management solutions that allow, in the short term and at low cost, to mitigate the effects of the increase in temperature in commercial vineyards. One of the alternatives that is being evaluated are canopy management to try to displace phenological events to avoid uncoupling at maturity ", detailed Salazar, who also highlighted that" climate change provides opportunities to develop new wine grape production techniques in the country, it would also allow the cultivation of vines in areas previously unthinkable ”.

During the day, it was possible to see the advances in agronomic management that can mitigate the effects of temperature, how it is possible to expand the borders of Chilean viticulture towards the south of the country, even reaching Chile Chico, it was also shown how the use The diversity of vines can be a relevant tool to face a changing climate. 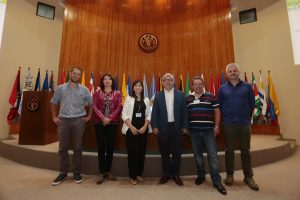 To contextualize the climatic variable, the seminar began with an overview of how temperature and precipitation have changed in our country, by Juan Quintana, a meteorologist in the climatology area of the Chilean Meteorological Directorate. The professional has been evaluating the climatic variability of Chile for over 30 years and during his presentation he presented the main trends in precipitation and temperature.

On the one hand, Jorge Prieto described the adaptation and experience in Mendoza of grapevine management in the face of climate change and Fermín Morales presented the somatic variants of the tempranillo cultivar in response to climate change.

While the members of the INIA Viticulture and Climate Change group focused their presentations on three topics. The expansion of the borders of national viticulture, in charge of the researcher of the fruit and vine program of INIA Raihuén (Maule region), specialist in horticulture, Marisol Reyes; the use of tolerant rootstocks as an adaptation measure against climate change, presented by the researcher from INIA Intihuasi (Coquimbo region), specialist in plant biotechnology, Andrés Zurita; and the increase in temperature on the production and quality of the vine in the Central Valley of Chile, presented by the researcher at INIA La Platina, specialist in plant physiology, Carolina Salazar.

The Instituto de Investigaciones Agropecuarias (INIA) is the main agricultural research institution in Chile, linked to the Ministry of Agriculture, with a presence from Arica to Magallanes, through 10 Regional Centers, as well as technical offices and experimental centers in each of the regions of the country.