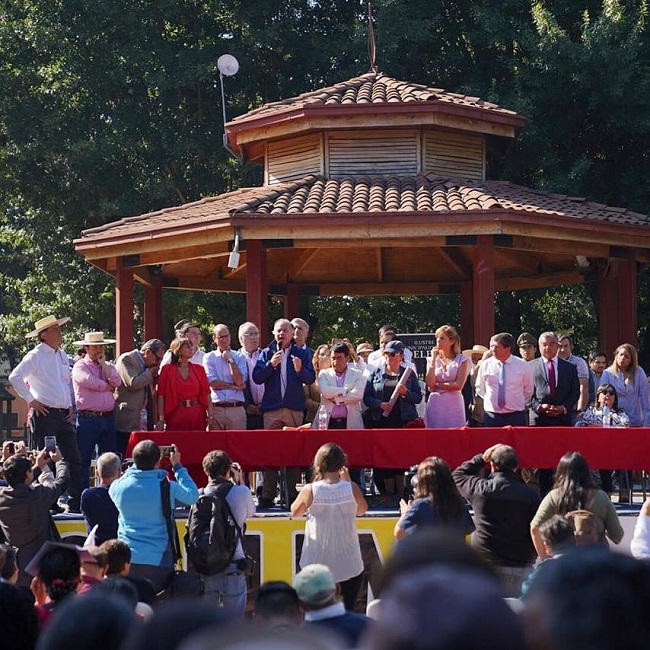 The announcement, delivered in full public activity with producers in the commune of Coelemu, Ñuble Region, was made due to the complex situation experienced by the vintners of this area of Ñuble as a result of the low price of grapes. 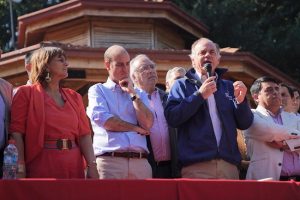 Coelemu, March 26, 2019.- «We come here to face this situation that cannot continue like this. We as the Ministry put our chest to the bullets and for the same reason we are going to make $2,050 million available to producers from Indap to invest in the construction of warehouses. In addition, we are going to make a great alliance between the regional government and the CNR, to invest, in three years, $9,200 million in technical irrigation in the largest investment that has been made in the Ñuble region; $596 million through the INIA and $400 million from the FIA ”, thus the Minister of Agriculture, Antonio Walker announced support for more than $12 billion to the wine growers of the Ñuble region.

For his part, the Mayor of Coelemu, Alejandro Pedreros, said in this regard that "it is the first time a Minister of Agriculture visits our commune and we are happy that it has been in this context, where many of our inhabitants, who are vine growers, are passing for a moment when they need the support of the Government and the announcements of the Minister allow us to think in a more optimized way ”, he concluded.

GORE and CNR are working on a project to dispose of around MM$ 9,200 for three years for irrigation works. 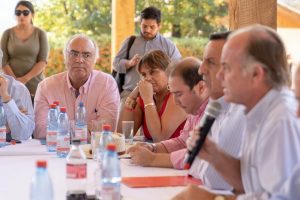 The Regional Government of Ñuble approved the Seremi project with INIA presented in 2018 to make a thermal map for the region, with the purpose of having information that allows the reconversion. From FIA, 400 million pesos are being allocated to the Innovation Program in valorization of the wine-growing potential of the Itata Valley, forming the ancestral wine table.

In addition, the agricultural authority promised to work hard to make the market transparent. «We want to ensure the transparency of the market. In this sense, I want to announce that we have lowered the 7% of water in the wine to 1.5% of water in the winemaking and to 2% in the washing. We have also taken 7 measures that make it easier for SAG to requisition wine when a mixture of wine grapes with table grapes is found in an inspection, "he said.

Minister Walker called on small wine grape growers that one way to improve their prices is associativity, since “the only way to make a big boy so that he can compete is by associating. We are not going to rest until we associate the 285 thousand small producers that our country has ».

For its part, the Seremi of Agriculture of the region, Fernando Bórquez pointed out that the analysis carried out by the Minister of Agriculture in the Itata Valley presents a concrete long-term proposal that is associativity and cooperativism. «This analysis coincides with the work that we have been doing 10 months ago as Seremi de Agricultura and today it begins to crystallize with the Agrupación de Viñateros del Valle del Itata, which brings together five groups of farmers, representing 800 vine growers who are going to market together, "he said.

In this sense, a project was developed to support cooperativism applying for funds from the FNDR and it will work to generate associative instances, prioritizing it as one of the pilot associative programs in the Itata valley. It will seek to generate alliances with the private sector.

After the meeting in Coelemu, Minister Antonio Walker went to the Portezuelo sector, where he met with vineyard leaders and mayors of the different communes of the Province of Itata, who informed him that the proposals presented in the first activity had been well received. by the producers but that they should continue working to further enhance the current scenario of grape producers.