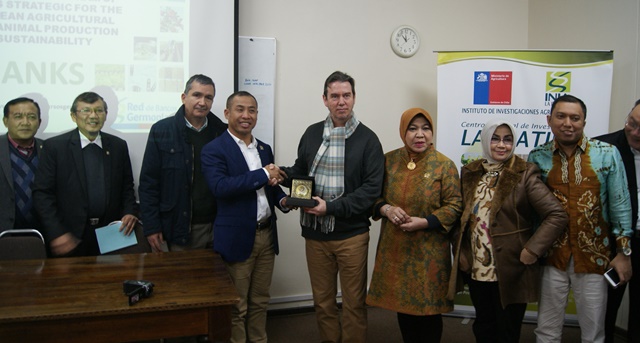 The delegation seeks to learn about successful experiences in programs for the conservation, characterization and use of genetic resources to replicate them in their country. Likewise, they look with special concern at the legislation that regulates access to genetic materials.

I KAde Karimawa, Senator of Indonesia and Vice President of the Chamber of that country, will propose a permanent collaboration between Chile and Indonesia on R&D issues related to genetic resources. 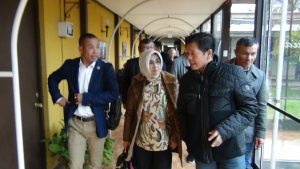 The three-decade work that the Agricultural Research Institute (INIA) has been carrying out on the safeguarding of genetic resources (RRGG) in Chile is seen as an example in countries that are structuring their own programs. This is the case of Indonesia, which sent a large group of senators to our country to learn about the Chilean model for the protection of genetic material. For this purpose, the delegation visited the INIA La Platina Regional Center, where one of the active seed banks of the INIA GRR network is located.

The delegation was made up of about 20 people, mostly parliamentarians from the Asian country, who were accompanied by the person in charge of environmental issues, genetic resources and biosecurity of the Office of Agricultural Studies and Policies (ODEPA) of the Ministry of Agriculture, Mrs. Teresa Agüero. The group was received by the Regional Director of INIA La Platina, Francisco Hoffmann; the Regional Deputy Director of R&D, Patricio Hinrichsen; and the researchers Erika Salazar (Head of the Germplasm Bank at INIA La Platina) and Pedro León, both from the INIA Genetic Resources Program. 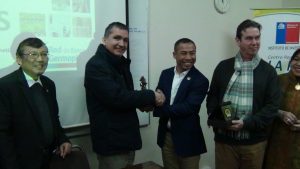 After a presentation by Pedro León in which he described the main aspects of INIA's national Genetic Resources program, the delegation surprised the researcher by giving him a placard as a sign of gratitude. The gesture was repeated for Patricio Hinrichsen, who supported to answer questions and share experiences with the group.

Subsequently, the parliamentarians visited the INIA La Platina Germplasm Bank, where Erika Salazar made a brief presentation about the work carried out in the area in Platina, and the advances made by the institution in recent years in the conservation of genetic material in the country.

I Kade Karimawa, Senator of Indonesia and Vice President of the Chamber, classified the visit to INIA La Platina as "extraordinary" and is already thinking of establishing a technical cooperation program between both countries in genetic resources. “For us it is very important to know the work that the Chilean Government is doing to protect its genetic resources. It is always good to know different experiences to acquire new knowledge. Researchers in Indonesia have discovered many new genetic resources and as a government we must also protect them. Everything that we have seen today in INIA serves as a reference for the work of our researchers to follow that line, ”the senator pointed out. 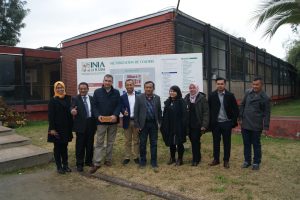 The Government of Indonesia contacted the Chilean Ministry of Foreign Affairs to arrange this visit, which is part of a tour to South America that began last week in Argentina. In that country they were able to learn about its legislation on access to genetic resources and in Chile they are taking advantage of learning about technical aspects of conservation of genetic resources.

It should be remembered that INIA has a long history in preserving the heritage of plant biodiversity. In 1995, INIA and the Ministry of Agriculture signed an agreement for the execution of the program "Development and Protection of Plant Genetic Resources"; the Institute being appointed national curator, in charge of ensuring the conservation and increase of the germplasm of wild and improved plant species owned by the State of Chile. Today, INIA has a network of six germplasm banks, where it maintains about 60 thousand plant accessions and 2 thousand endemic microorganisms. Among the former, more than 1,250 accessions that represent 25% of the native species of Chile stand out, which amount to approximately 5,000.

Check the video of the visit here: