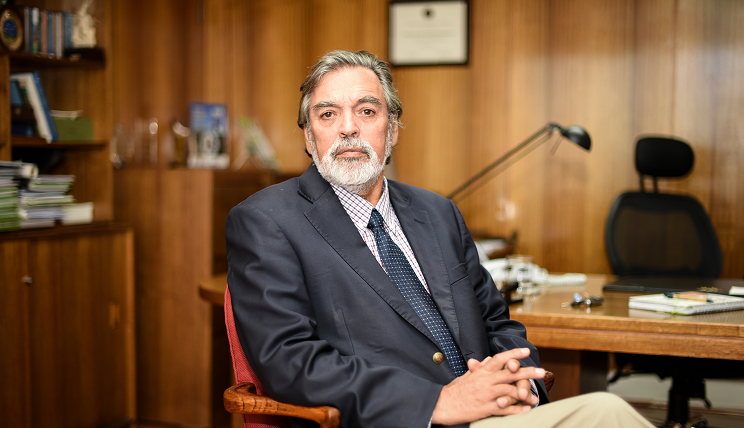 The new National Director of INIA held the same position in the first government of President Sebastián Piñera. Until his appointment, he was dedicated to the production of flower bulbs for export and served as Chairman of the Board of Directors of Ferosor Agrícola, a subsidiary of Grupo Feria Osorno SA

The Minister of Agriculture, Antonio Walker, appointed Pedro Bustos Valdivia, an agronomist from the University of Chile, as the new National Director of the Agricultural Research Institute (INIA).

This will be his second term as National Director of INIA; Chile's main agricultural research institution, linked to the Ministry of Agriculture. Between 2011 and 2014, its first administration was developed, highlighting among its contributions the change in the institute's strategic focus, expanding its scope of action from forestry to agri-food, strengthening research and development work and promoting a closer approach to the productive sector.

Among the goals set by the new Director of INIA are “contributing to the challenges we have as a country of increasing economic growth and productivity, taking advantage of the competitive advantages we have to produce the best food and products for consumers in Chile and the world. , improving the quality of life of the rural world and making a sustainable use of natural resources ”.

In addition, it hopes to support the associativity of farmers, especially agricultural SMEs and the indigenous world, which today present difficulties in terms of technology transfer and marketing.

Within the extensive career of Bustos, his role in senior positions such as the General Management of Iansagro, Iansafrut and Iansa stands out. In addition, he participated in various directories, including the Foundation for Agrarian Innovation (FIA), the Natural Resources Information Center (CIREN), Anagra, Inversiones Campos Chilenos and the Association of Producers and Exporters of Bulbs (Apeb), among others.

Also relevant is his experience in the design and execution of technical assistance programs; where it made important progress in reducing costs and introducing new technologies, as well as its solid track record in the sector's union activity; by being part of the Federation of Food Processors (Fepach), the Association of Juice Exporters (Aseco) and the Association of Manufacturers of Preserves of Chile (Asfaco).

The Instituto de Investigaciones Agropecuarias (INIA) is the main agricultural research institution in Chile, dependent on the Ministry of Agriculture, with a national presence from Arica to Magallanes, through its 10 Regional Centers, as well as technical offices and experimental centers in each one of the regions of the country.