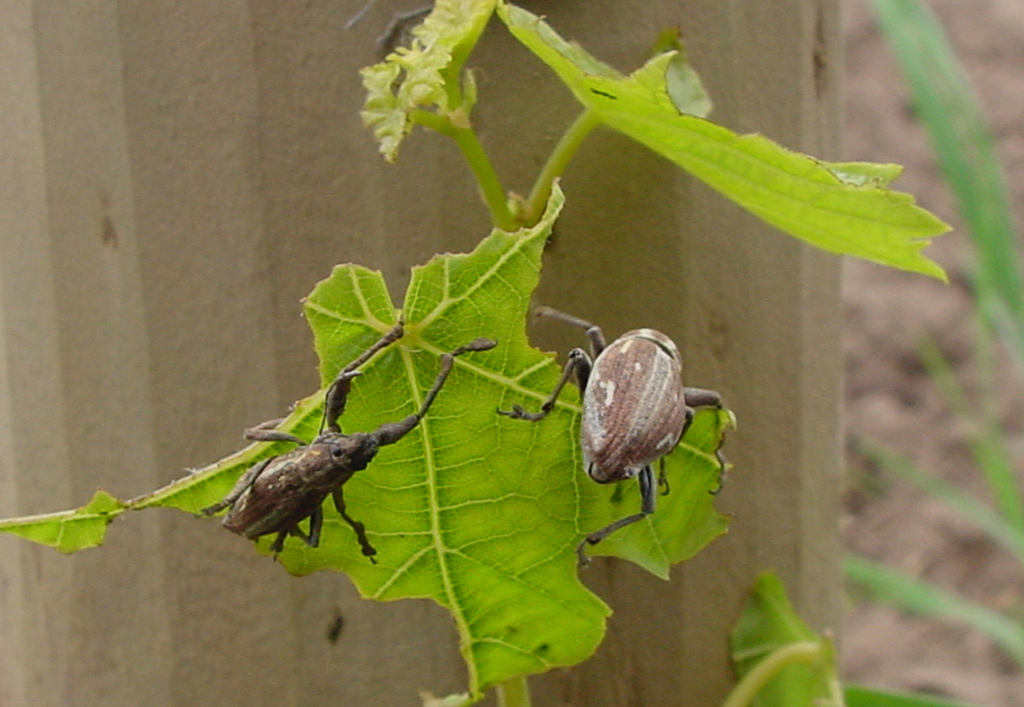 After the INIA band, sustainable and environmentally friendly solutions have continued to be developed, mainly with technology based on the use of entomopathogenic nematodes. It is seen as a modern solution for this type of phytosanitary problems even more so in a sustainable management scheme for fruit trees.

An important innovation such as the use of entomopathogenic nematodes is incorporated into the Integrated Pest Management scheme. In this context, 3 years ago the INIA La Cruz and INIA Quilamapu research centers developed the project “Improvement of environmental management in grape production through the control of the vine burrito (Naupactus xanthographus) through the selection of native isolates and development of parasite nematode formulations ”. The project activities are developed from the Valparaíso Region to the Biobío Region and the work team is made up of researchers and technicians from the INIA centers in La Cruz and Quilamapu (Chillán).

The results obtained from the research carried out will be shown during the seminar "Entomopathogenic nematodes for the control of Burrito de la Vid and other curculionids", It will take place on Thursday, January 10, 2013 at 9:00 a.m. at Estancia El Cuadro, located in the area near Tapihue, in the commune of Casablanca. 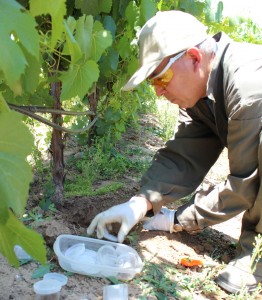 Sampling in the field

The tests carried out in the farms of the companies associated with the project showed a high effectiveness of the nematode on the pest, which manifests itself specifically on the larvae, which are the ones that cause damage to the plants. "The evaluation of the treatments was carried out every 15 days, removing the larvae that were taken to the laboratory where they were kept under observation to verify the nematode infestation." These samples were analyzed at INIA Quilamapu in Chillán where there is a laboratory specialized in the microscopic observation of nematodes.

Paola Luppichini, entomologist at INIA La Cruz explains how the nematode acts, “The life cycle of any species of entomopathogenic nematode (NEP) consists of an egg, four juvenile stages and an adult. The third juvenile stage, also called "dauer", is the one that has the infective capacity, that is, it enters the insect through its natural openings (mouth, anus and spiracles), they enter the hemocele, where the symbiont bacteria regurgitate that carried in a gallbladder near the mouth. The bacterium multiplies in the host, in this case in the burrito larva of the vine (in the ground) and destroys the tissues and the hemolymph (liquid equivalent to blood in insects), causing its death by generalized septicemia ”.

The use of nematodes is a very good tool for Integrated Pest Management in vines, berries and other fruit trees. "The use of nematodes and fungi is an option that emerges with force today for the control of pests in both conventional and organic and biodynamic productions and is seen as a very interesting option to reduce the load of pesticides", says Fernando Rodríguez, director of draft.

Some processes and products for the commercial production of this technology may be patented, which is a stimulus for one or more companies to put on the market and at the disposal of farmers an effective biocontroller for the control of the vine burrito. Therefore, it is essential that one or more companies are interested in producing and distributing this technology.

Naupactus xanthographus larvae healthy (White) and affected by the nematode.

The burrito from the vine, Naupactus xanthographus constitutes in Chile a pest of primary agricultural importance due to the damage caused by both the larvae, those that consume roots and roots of a large number of fruit species, vines and other crops, damage that produces weakening of the plant, dwarfism and that in case severe attacks can severely compromise production. The adults consume foliage, mainly during bud break, and can decrease the yield by up to 50 %, it is also considered a quarantine pest for Japan and the United States.

Only in the Valparaíso Region there are more than 12 thousand hectares of vineyards, which represent 24.4% of the national surface. In the case of wine grapes, the national area exceeds 110,000 hectares.